A few people have been asking us how we did the WiFi at BCL7, held at the IBM offices on Southbank, London 24-25th October 2009. So here are the details.

Our initial site survey identified a lot of existing WiFi devices in the area, all creating their own RF interference. For this deployment to work we needed hardware that could cope with constantly changing environments with people moving from room to room, and enough coverage to cope with the expected capacity demands. After all, BarCamp’s are the type of event where everyone will be wanting a connection, at some time or another!

Our remit was to provide WiFi coverage in the Southwark, Westminster, Waterloo, Blackfriars and Lambeth meeting rooms. The following pictures illustrate where we deployed our AP’s. The Waterloo and Blackfriars meeting rooms were one large room divided into two, so only one AP was used to service both: 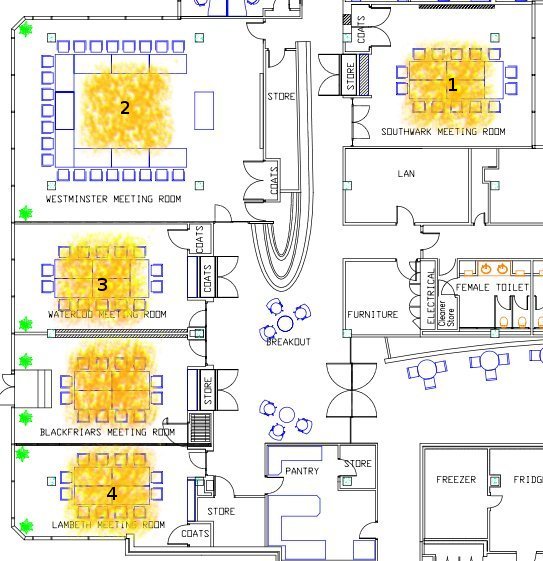 The restaurant area also had to have WiFi coverage: 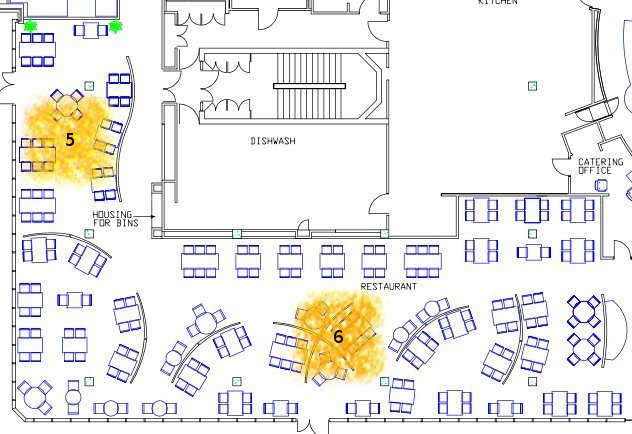 The hardware used was Ruckus Wireless. For this kind of deployment there is no equal. Ruckus Wireless use a patented technology called Beamflex. Unlike omni-directional antennas that radiate signals in all directions, BeamFlex directs transmit energy towards the best path to the receiving device. And unlike fixed-positioned directional antennas, BeamFlex dynamically configures its “beam” on a per-station, per-packet basis, to achieve omni-directional coverage. 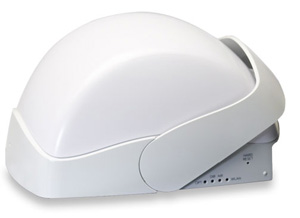 Having deployed Ruckus in several warehouses for scanner based stock control, we knew Ruckus would be able to cope with the capacity and throughput demands over the 2 days of BCL7.

This is what it looks like inside a Ruckus Antenna. Notice the patented vertical element array design. 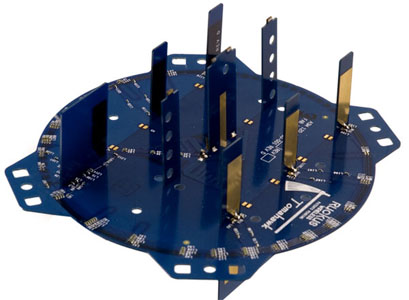 We arrived at IBM at 3pm on Friday to install, which is when we discovered our remit had changed. WiFi was now required in the Chelsea meeting room: 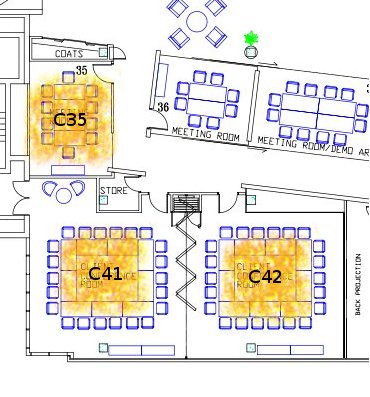 We now needed 4 additional AP’s, and we’d only brought enough to cover the original remit. We decided we’d carry on with the planned install and complete the additional requirements in the morning. Although this was cutting it fine, we always enjoy a challenge!

We’d planned to use Power over Ethernet (PoE) to power our Ruckus AP’s, however, it turned out that the switches at IBM weren’t set up to deliver the power we needed. Luckily we had a couple of PoE switches with us so we used those.

After this minor setback, deploying WiFi in the 5 original Meeting Rooms went smoothly. When it came to the Restaurant area it was a different story. We’d hoped the existing ceiling mounted antenna would be connected to an AP sat in the ceiling void, which we could disconnect the Ethernet cable from to connect our AP to. This was not to be. On closer inspection the antenna was connected to the AP by very long lengths of low loss coax cable which disappeared back across the top of the kitchen area, so the Ethernet cable was not available. After throwing around some ideas, we decided to run an additional Ethernet cable from a floor port in the Lambeth Meeting Room, through to AP5. Because this AP would be powered by our PoE switch from the server room, we could daisy chain a length of Cat5 from the additional switchport on AP5 to AP6 for the data, and power AP6 from a 240v power strip. Success!

Now with all 6 Ruckus 7942 AP’s deployed, we needed to check they all hooked up to the ZoneDirector, which we’d connected in the server room at the back of the BCL7 Nerve Centre.

In addition, ZoneDirector supports rogue AP detection and the ability to blacklist client devices from the network — all of which are easily configured and enabled system-wide. When multiple APs are in close proximity, ZoneDirector automatically controls the power and the channel settings on each AP to provide the best possible total coverage and resiliency.

After checking that all the Ruckus AP’s were being controlled by the ZoneDirector, we headed home to configure 4 Linksys WRT54GL routers to act as AP’s. Once the SSID was set and DHCP turned off they were ready to go. It was unfortunate that because of the short time scale we’d not been able to order in 4 more Ruckus 7942 AP’s to use, as we’d like to have had the whole system controller based to give the best possible experience over the two days.

The 4 Linksys AP’s were deployed in the Chelsea meeting room, and meeting rooms C35, C41 and C42.

When BarCamp got underway and people started using the WiFi, it soon became apparent that we had to change the SSID on our Ruckus network from IBMVISITOR, as people were having trouble roaming from IBM’s guest network to ours. Once we’d changed the SSID on our network to BARCAMP7 we could monitor if people were having any problems with our network. Not having any control over the IBM network, any people experiencing problems connecting to their guest WiFi, were advised to connect to our network.

Frustratingly, most people gathered in the seating area in front of the coffee shop, which only had the IBM guest WiFi network, and this soon began to struggle with the amount of traffic going across it. However, people started to use the network in the Restaurant around lunchtime and in the evening it got a good work out with several people playing LAN games. At one point 22 people were connected to AP6 playing Urban Terror. The game server was also connected by WiFi to AP6, and there was no reported lag.

If anyone would like more information on Ruckus Wireless, how Nexus Globalnet could help with your conference, or if you’d like to discuss any wireless deployments, then please feel free to get in touch.